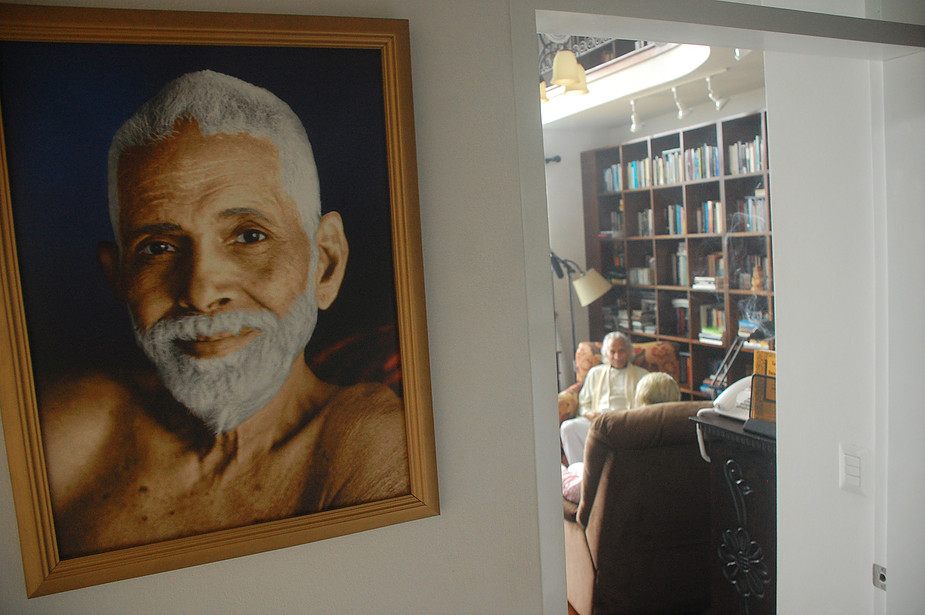 In the first written teaching bequeathed to us by Sri Ramana Maharshi, the great sage explained the lineaments of the eight-fold path of knowledge that leads to the Supreme Liberation.

This eternal path is the core practice of Sat Yoga. To be most effective, Gyana Yoga must be integrated with the other six essential yogas that comprise the heart of the Sat Yoga approach. But those with clarity, determination, and devotion—those who have had what in Zen is called kensho, the living recognition of the presence and true nature of the Absolute, can reach jivan mukti solely on the basis of this practice of Ashtanga Gyana Yoga.

Those with sufficient Shakti to maintain focus on the inner presence of Shiva until all the sanskaras of distraction have melted away will discover through this simple practice that luminous bliss is our real Being and always has been and will be eternally.

The eight limbs of Gyana Yoga are as follows:

1. Yama—this is the initial resolve to control the urges toward sensory gratification through the recognition that the realm of the senses is a mirage that will never bring lasting satisfaction and that the pursuit of sensuous pleasure—even when under the aegis of love—always ends in greater bondage, suffering, and despair. The Gyana Yamas are made up of the following elements:

• Ahimsa—which refers in this yoga to the refusal to violently break off, through forgetfulness, one’s connection with the Supreme Self.

• Satya—means always living and acting as the incorporeal Self in true consciousness and with ultimate responsibility;

• Asteya—means the refusal to steal the great treasure from others, by seeing all as manifestations of the one Self, and treating all with honor.

• Brahmacharya—this means dwelling with Brahman, the Absolute, and in practice making the consistent choice to live in wholeness and purity, free of egoic identifications.

• Aparigraha—this vow of non-possession means not to be possessed by any projections of others nor to possess any negative feelings or thoughts or harbor any ill will toward anyone. To be free of possessions is to be free of ego, free of thoughts, and free of vexations.

2. Niyama—in the words of Sri Ramana, this means “maintaining a stream of mental modes that relate to the Self and rejecting contrary modes. In other words, it means love that arises uninterruptedly for the Supreme Self.” It is made up of the following elements:

• Shaucha—purity of heart, longing only for the inner presence of God.

• Santosha—the contentment that comes from the fact of being filled by the Supreme One with power, joy, love, wisdom, and unbroken peace.

• Tapas—the austerity that is really awe-stare-at-Thee, the sense of awe that comes from the third eye’s staring at the awesome supernal light of the inner Self that is the Source of awareness itself.

• Ishwara pranidhana—this means devotion to God, especially in the form of generosity, the offering of one’s life to the Source, Who appears as Nature, Humanity, Community, Life, Being, Nothingness, Beauty, and Silence.

3. Asana—in the path of Gyana Yoga, asanas refer to postures of the mind; the practice of holding specific sublime thoughts and feeling states for extended periods of time; and of stretching oneself to be greater and more egoless, mature, patient, and compassionate than one may have thought possible.

4. Pranayama—this refers to the metaphoric breathing out of maya, of belief in the unreal, including name and form, attachments, opinions, judgments, desires, fears, complexes like inferiority, superiority, guilt, envy, and anger. Then one breathes in Sat, Chit, and Ananda, the outer attributes of the Supreme Real. And finally one learns to retain the innermost Real alone as one’s true nature and stay filled with that pure energy.

5. Pratyahara—As Ramana says, “This is preventing name and form which have been removed from re-entering the mind.” This is the consistent practice of controlling the mind, re-training the mental habits to spontaneously sustain the peace and silence of inwardness and God-realization.

6. Dharana—The sage of Arunachala teaches us that real dharana, or one-pointed concentration, is the practice of remaining centered in the Heart, in our Supreme Beingness, wordless pure intelligence, and the bliss of utter surrender and immersion in the infinite presence of Shiva.

7. Dhyana—This is the completion of the act of Self-enquiry, in which one realizes in the timeless Now the answer to the question ‘Who am I?’ and consciousness remains stable in the ultimate purity of non-objectifying boundless Presence, shining as the Supreme Self.

8. Samadhi—The culmination of the path of Ashtanga Gyana Yoga is the falling away even of the sense of I as the Supreme. There is only the indescribable Real, without any cognition separate from That. All dualities have been resolved. There is only the Absolute Knowledge, which is the Shunyata that transcends knowing, and is forever without a knower or a known.

The paradox of the path of Gyana Yoga is not only that knowledge ends in non-conceptual awareness, but in that fact that all useful conceptualizing activities of the mind continue as usual, and are unaffected by the realization of the trans-conceptual Self. The mental activities are recognized as waves of the Ocean of Pure Consciousness, and those waves no longer create attachments, identifications, or disturbances for the Ocean. All the waves do their waving spontaneously and as emanations of purity of love and offerings of wisdom and healing.

Through this essential yoga of knowledge, the world as a whole can be healed of delusions and consequent sufferings. The interconnectedness of all nodes of consciousness means that all beings everywhere are instantaneously informed of the realization of the Supreme Self by any other apparent being. This is therefore the greatest help that can be offered to the Universe.

May you become such great charitable beings that you follow in the footsteps of Sri Ramana, and offer the gift of Gyana—whether called the Buddha-mind, or the Christ Consciousness, or by any other name, which is simply the gift of God-Self realization—to all sentient beings. This shall soon bring about on our planet a new age of supreme beauty, ecological restoration, goodness, wisdom, and love. 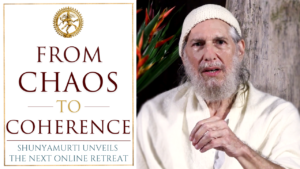 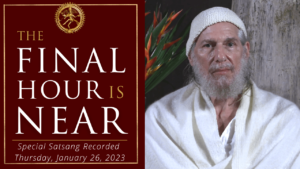 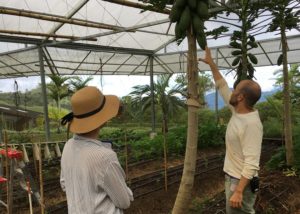 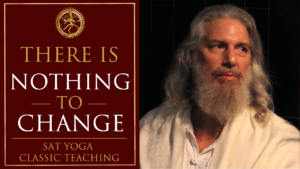 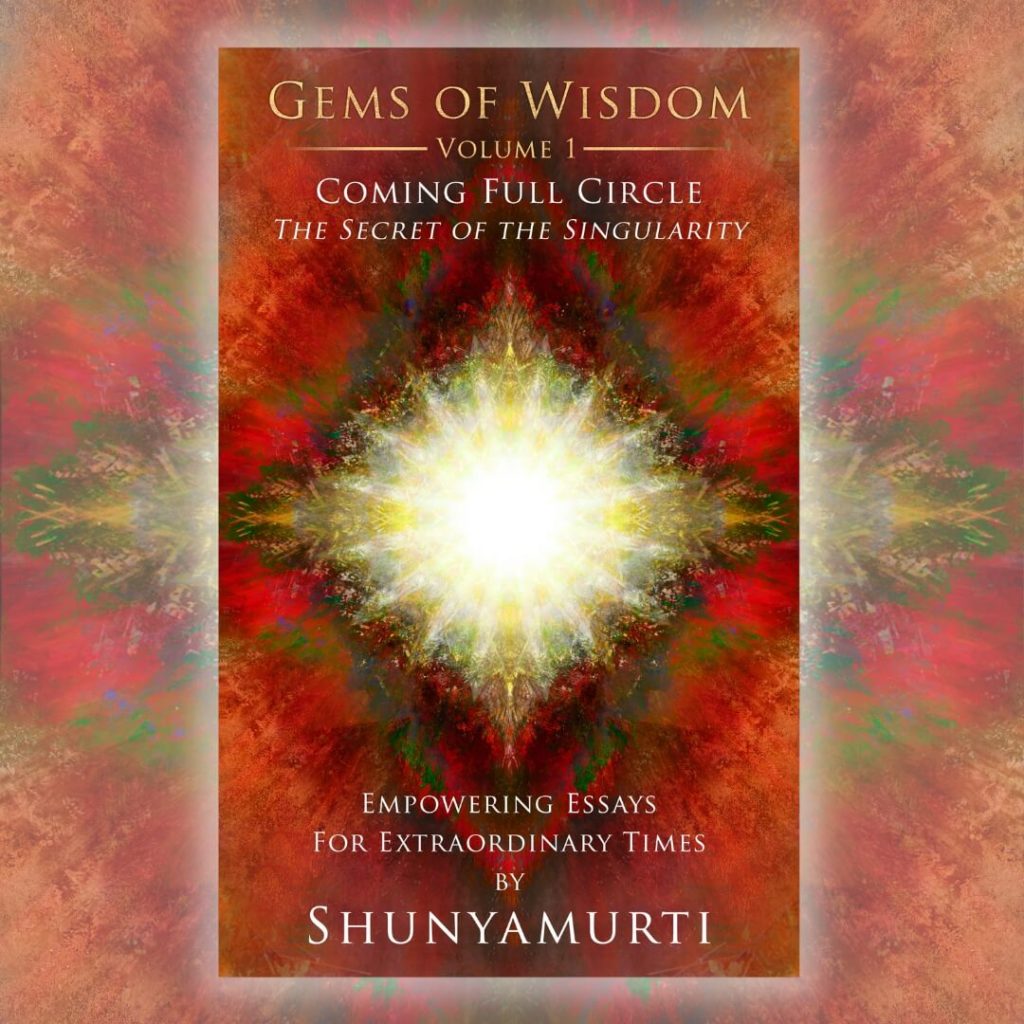